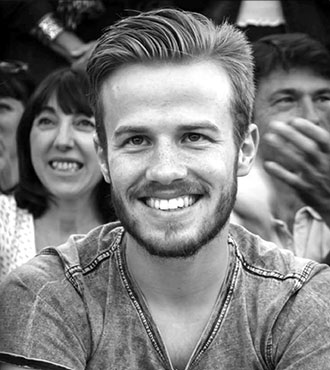 “I was born and grew up in Norway, but currently live in Warsaw (Poland). In 2007 I went for Norway’s got Talent show and since then my dance career has really started. Tanya and mine partnership started at SwingAout Festival 2015. Since then we have been competing, teaching and performing boogie woogie all around Europe and outside it. With great joy we travel to spread the love for swing dancing in general and boogie woogie in particular. As a result, we also started our own dance event called Boogie Feet’s Festival in 2016 in Sondre’s hometown Dombås, Norway for inspiring and bringing up swing dancers from many different countries. Our plan is to keep on competing, performing, teaching and sharing the dance we love in any possible way!”